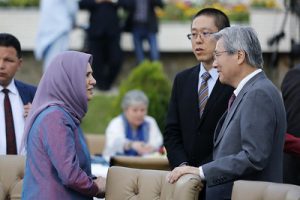 Approaches and strategies  to promoting the advancement of women and gender equality have changed significantly over the past few decades. Initial efforts were focused on separate targeted activities for women. Unfortunately, the approach did not tackle the structural elements involving women in all activities instead of keeping them on the sidelines of development. However the gains made through the integration strategy were limited by the fact that most efforts were undertaken too late in processes when all important decisions on goals, strategies and resources had already been taken. Equally constraining was the fact that integration was often taken to mean only increasing women’s participation in development agendas already decided upon by others without taking their contributions, knowledge, priorities and needs into consideration. The potential for bringing about the types of structural changes required for achieving gender equality was therefore reduced.

What does Gender Mainstreaming Mean Exactly?

The ECOSOC Agreed Conclusions 1997/2 provided a clear definition of the mainstreaming strategy as:

“…the process of assessing the implications for women and men of any planned action, including legislation, policies or programmes, in all areas and at all levels. It is a strategy for making women’s as well as men’s concerns and experiences an integral dimension of the design, implementation, monitoring and evaluation of policies and programmes in all political, economic and societal spheres so that women and men benefit equally and inequality is not perpetuated. The ultimate goal is to achieve gender equality.”

Topic 3: Global and Local Commitments to Gender Mainstreaming
Prev
Topic 1: Understanding the Project Cycle and its Phases
Next

Sign up to receive updates, promotions, and sneak peeks of upcoming courses.

Your information will never be shared with any third party