In this lesson, we will look at mechanisms in detecting corruption.

Methods in detecting corruption in the public sector include (1) auditing and (2) reporting. 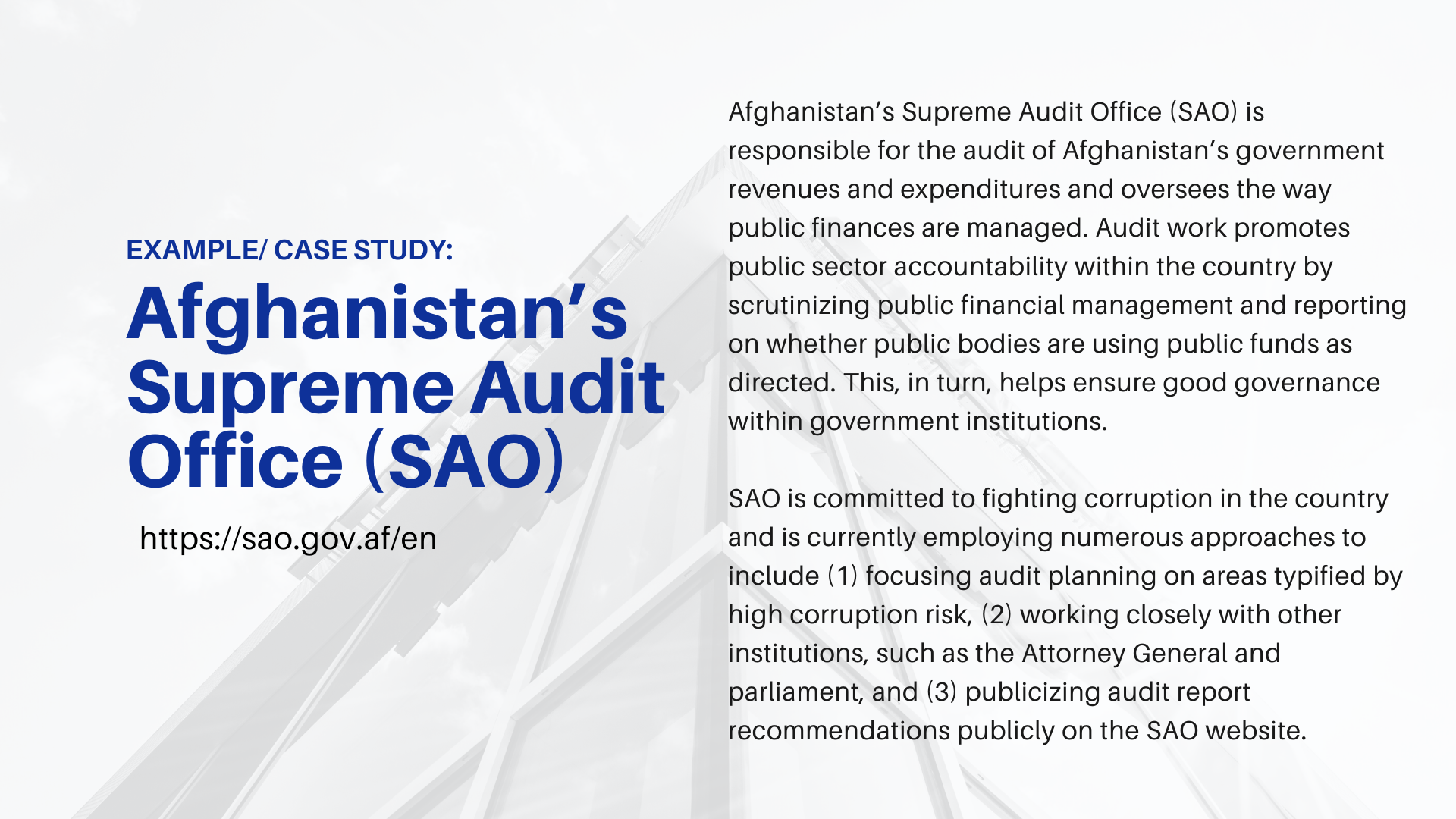 Reports of corruption can come from people who have been involved in the corruption, citizens who serve as watchdogs, and media that work in monitoring government transactions.

Citizens Reporting. Citizens are often the first ones to witness or experience corruption, especially when availing public services. They can help expose corruption by reporting their grievances and feedback to authorities who can investigate and sanction offenders. In encouraging citizen reporting, many governments have established hotlines where people can directly file their complaints anonymously. Technology has also played an important role as people posting their experiences on social media as a means of reporting has forced involved agencies to act faster on them and expanded awareness on the need to hold government employees and public officials accountable.

Media Reporting. Media reporting can also be a means of detecting corruption as reports prompt law enforcement agencies to conduct investigations into allegations of corruption. Journalists also offer gathering more information about cases of corruption through their work. In order to play an effective role however, members of the media have to be free, independent and responsible. Reports should be prepared in accordance with high professional and ethical standards. Freedom and access to information laws are useful tools that journalists and the media can use to assist in detecting corruption.

Sign up to receive updates, promotions, and sneak peeks of upcoming courses.

Your information will never be shared with any third party